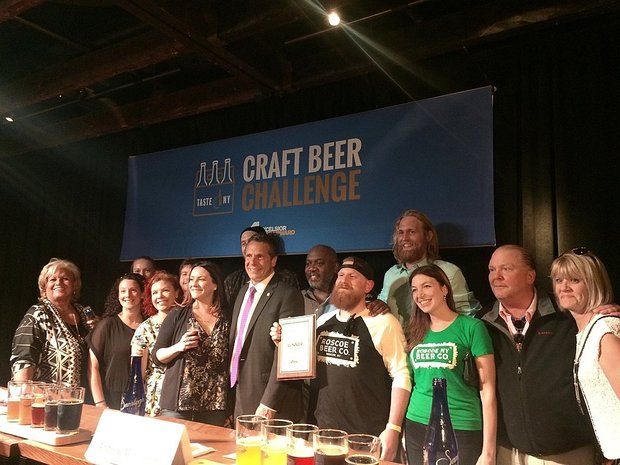 Five finalists had been chosen to enter today’s judging through an online poll conducted in the first two weeks of May. The finalists were invited to bring one beer each — a signature brew — to the tasting held near Battery Park in Manhattan.

Gov. Andrew Cuomo initiated the Craft Beer Challenge, through the state’s Taste NY program, to call attention to the booming craft beer industry in New York. New York state now has more than 300 breweries, up from about 100 five years ago.

The other three finalists in the challenge were Genesee Brewing Co. of Rochester, Southern Tier Brewing Co. of Lakewood (near Jamestown) and Prison City Pub & Brewery of Auburn.

“The Taste NY challenge was a great way to shine a light on the incredible craft beer industry in NYS,” Paul Leone, executive director of the New York State Brewers Association said in a text message from the judging. “Congratulations to Roscoe and Ommegang for winning this inaugural event, a huge thank you to Governor Cuomo for his continued support by creating this annual event.”

Categories: News
Keep in touch!
For Email Newsletters you can trust.
-->